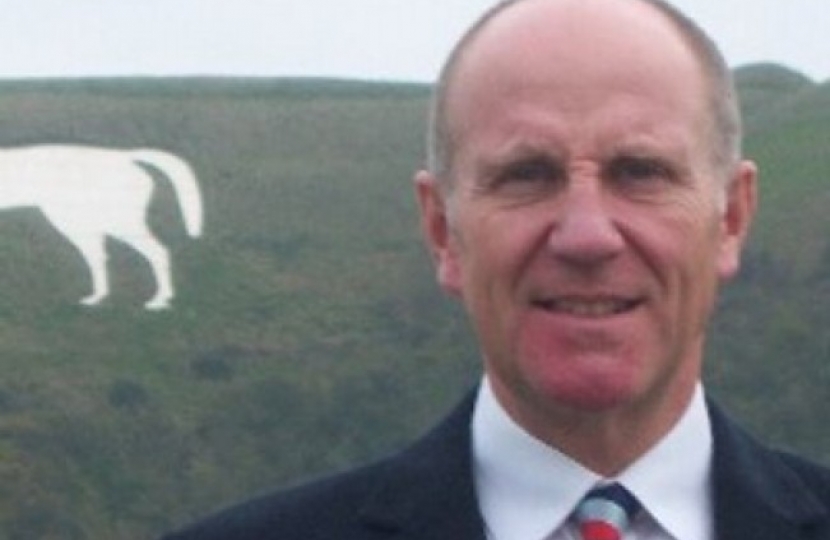 The second Bustard Ride, which follows the success of the ride in 2018, takes place on 27 September. Last year's event raised more than £3,000 for mental health charity Wiltshire Mind.

Jerry, who passed away in July 2019 from prostate cancer, was an avid cyclist and was due to undertake the first day route of the Tour de France in 2018, but had to cancel due to his health. The route will be confirmed soon, but it will take-in Jerry's home village and the villages he represented as a councillor. The final route will be shared on the Bustard Ride Just Giving page shortly.

Alistair Cunningham, Carlton Brand and Terence Herbert, Wiltshire Council Executive Directors said: "Jerry was a well-loved cabinet member during his time here. He always had time for everyone and continually strived to improve the lives of people in Wiltshire. He was a very keen cyclist, so this year's Bustard Ride seems a fitting way to honour his memory. I'm sure he will be with us on the day, spurring us all on to get to the finish line."

Jerry had a long and distinguished career dedicated to serving the public for both Wiltshire Police and Wiltshire Council. At Wiltshire Police he reached the rank of Chief Superintendent until he retired from the force in 2010. He then represented Wiltshire Council as a unitary councillor for Ethandune and as portfolio holder for waste and highways, before taking up his cabinet position for adult social care, public health and public protection. Jerry regularly used his platform as a councillor to raise awareness of his illness and to encourage men to be vigilant of the symptoms.

People are encouraged to donate what they can and using the Just Giving page people can choose which charity their donation is shared with. The aim is to make donations as even as possible between the two charities.