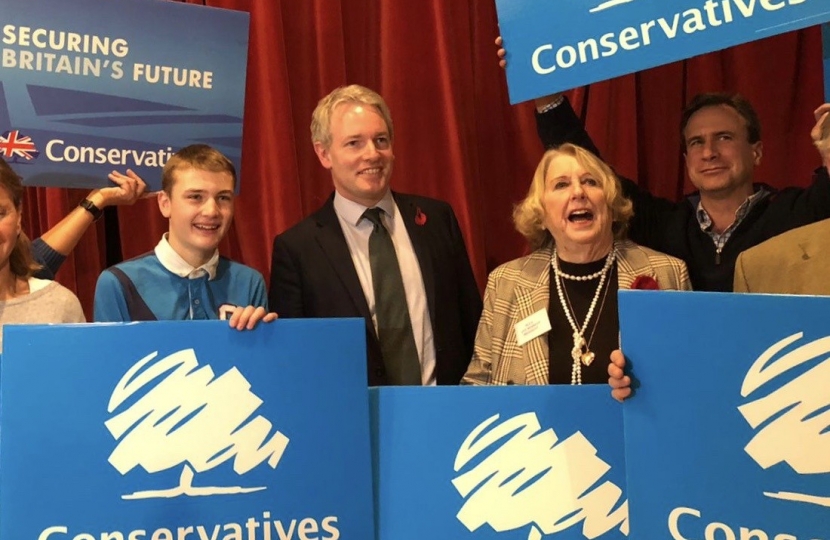 A close aide of Prime Minister Boris Johnson has been selected as the Conservative Parliamentary candidate for Devizes.

Danny Kruger was chosen at a selection meeting at the Corn Exchange in Devizes this afternoon (Saturday), which was attended by nearly 300 local Conservative members.

Danny has been political secretary to the Prime Minister since July 2019 and has previously worked as chief speechwriter to David Cameron.

He helped to develop the ‘Big Society’ agenda and is keen to promote the same ethos in Devizes, empowering volunteers, businesses and community groups to tackle local issues and challenges.

He is a strong supporter of the Armed Forces and wants to ensure the relocation of service families to Wiltshire is a success for everyone.

Danny supports Mr Johnson’s determination to get Brexit done as soon as possible and forge a positive new relationship with the EU.

“I’m proud and excited to be selected as the Conservative Parliamentary candidate for Devizes and I’m looking forward to knocking on doors, meeting local people and addressing their concerns,” said Danny.

“Devizes is a great constituency with so much potential and, working with the strong team of Conservatives locally, I will do everything I can to lead everyone towards a brighter future.”

Danny set up crime prevention charity Only Connect, working in prisons and with ex-offenders in the community. He led it as chief executive for eight years and is now chairman.

He also founded the West London Zone for Children and Young People, a charity bringing together schools, charities, councils and government to support 5,000 young people at risk.

Stuart Wheeler, acting chairman of Devizes Constituency Conservative Association, said: “We had a high- quality list of candidates to choose from and Danny stood out with his energy, drive and optimistic outlook.

“He is a tremendous campaigner with a very impressive track record and will be a strong voice in Parliament, standing up for Devizes and local residents.

“We look forward to working closely with Danny to return him as our next MP, supporting a Conservative agenda to deliver Brexit and take this country forward.”

Claire Perry O’Neill chose not to seek re-election as the Conservative MP for Devizes in order to focus on her role as President of COP26, the next major UN climate summit in Glasgow in 2020.