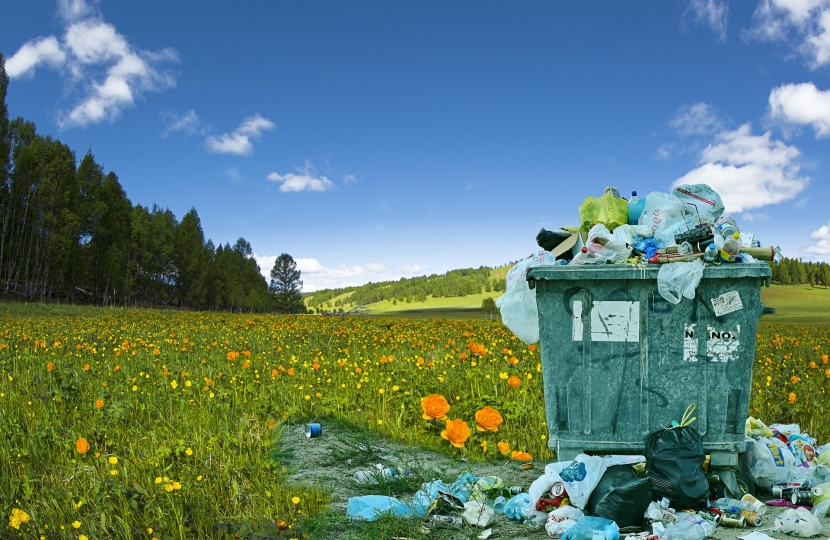 A Devizes resident has been issued with a £400 Fixed Penalty Notice (FPN) for dumping two armchairs at the former slaughterhouse land on the corner of Coate Road and Windsor Drive, Devizes.

The incident was witnessed by two members of the public, who wrote down the registration number of the vehicle involved and helped assist Wiltshire Council in tracing the culprit. Both witnesses are entitled to claim a reward via the council's We're Targeting Fly-tippers campaign, where residents are rewarded for providing information which leads to the payment of a Fixed Penalty Notice (FPN) or a successful prosecution in court.

The man was formally questioned about the offence under caution and issued with a FPN for fly-tipping by Wiltshire Council Environmental Enforcement Officers.

The man, who cannot be named as this was not a prosecution, apologised for his actions.

This was an act of stupidity and complete disregard for the environment. Devizes Household Recycling Centre (HRC) is located less than five minutes away from this fly-tip, where it could have of been lawfully disposed.

The individual made no attempt to make a booking at the HRC and instead decided to dump the items at this location.

I would like to thank the two members of the public who witnessed this incident and assisted us in tracing the offender.

We want to send a clear message to the inconsiderate minority that we will fine or prosecute if you are caught dumping rubbish illegally.

Our advice for residents is: