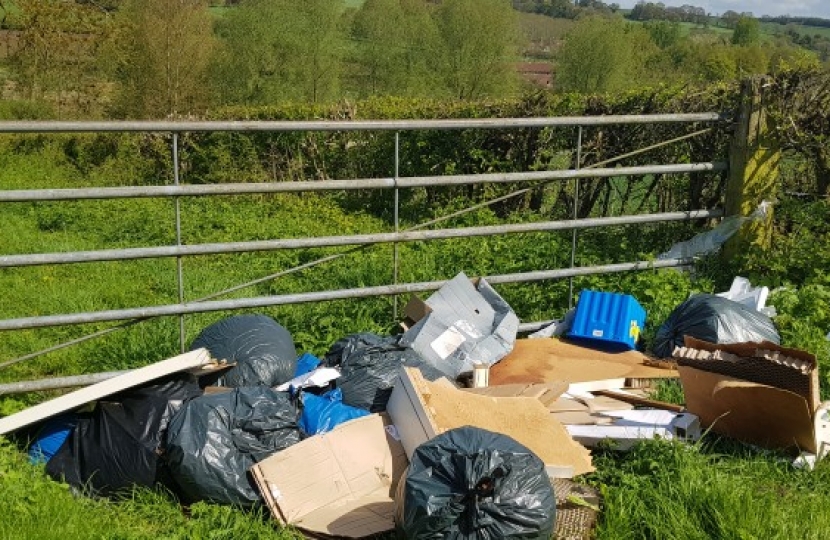 One fly tip was located in Chopping Knife Lane, Marlborough and the other in Lambourne, Hungerford.

The court heard how Mr Coventry and Mr Fidler used social media selling sites in Wiltshire and Berkshire to advertise waste clearance services. After collecting the waste they then fly-tipped it, rather than taking it to a commercial tip to dispose of lawfully. They were each fined £735 (including costs) and warned by magistrates they faced a jail sentence if they fly-tipped again.

Bridget Wayman, Conservative Wiltshire Council Cabinet Member for Highways, Transport & Waste said, "Yet another fly-tipping prosecution which shows that we will not give up chasing fly-tippers and bring them to justice, even when there is limited initial information about the fly-tippers, other than a name. We strongly advise against using ‘man with a van' rubbish clearance services without fully checking they are licensed to take waste away and noting down their waste carriers license number.

"In addition, residents and businesses should make a note of any vehicle details, vehicle registration, person descriptions and always request a receipt for their work. If someone offers to take your waste away for a price that sounds too good to be true, it probably is, and your rubbish will most likely end up dumped in our beautiful countryside. You may also find yourself with a £200 fixed penalty notice and a bill for the clear up costs."

Anyone caught fly-tipping will be prosecuted and taken to court where they face an unlimited fine or imprisonment, and a criminal record.

Wiltshire Council advises residents not to touch or go through fly-tipped waste themselves, but to report it directly by using their online reporting tool ‘My Wiltshire' which can be found on our website.