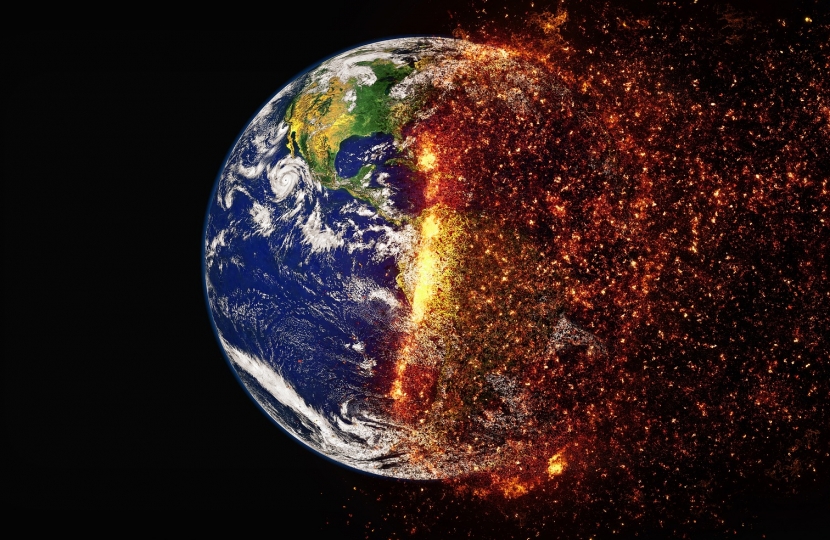 The Community Environmental Toolkit and Salisbury River Park projects will both be displayed at COP26.

As delegates from around the world meet up in Glasgow for COP26, the UN Climate Change Conference, later this week, Conservative led Wiltshire Council is continuing to make positive strides forward in its own efforts to reduce carbon emissions in the county, with two of its projects due to appear at the event.

The first of the two projects to feature at the conference is the council's Community Environmental Toolkit, produced in conjunction with Natural England, which gives local groups the tools they need to improve habitats and the natural environment in their area.

The other council project to be displayed at COP26 is the Salisbury River Park, a collaboration between the council and the Environment Agency, with support from the Swindon and Wiltshire Local Enterprise Partnership (SWLEP) and Salisbury City Council. The project will create a green link through the centre of the city, bringing major environmental improvements and mitigating against flooding. Both projects will be showcased on the Local Government Association (LGA) stand at the event.

We are serious about tackling climate change and biodiversity loss in Wiltshire, and it's great that two of our environmental projects are going to be featured on the global stage at COP26.

These projects help to show to the world what a difference we're making in Wiltshire, while the event itself is an opportunity to remind us all of our duty to protect the natural environment and reduce carbon emissions.

Our Climate Strategy consultation ended earlier this month, with more than 1,000 responses from people and organisations, and we are now revising it based on the feedback received. Plus, we are already taking action on many fronts, from insulating homes to planting trees to improving the infrastructure for electric vehicles in Wiltshire.

But we can't do this on our own. We're hoping that there will be some significant government announcements at the conference that will help us make changes nationally and locally in Wiltshire to reduce carbon emissions. We all need to play our part to help tackle climate change and help enhance biodiversity in Wiltshire.