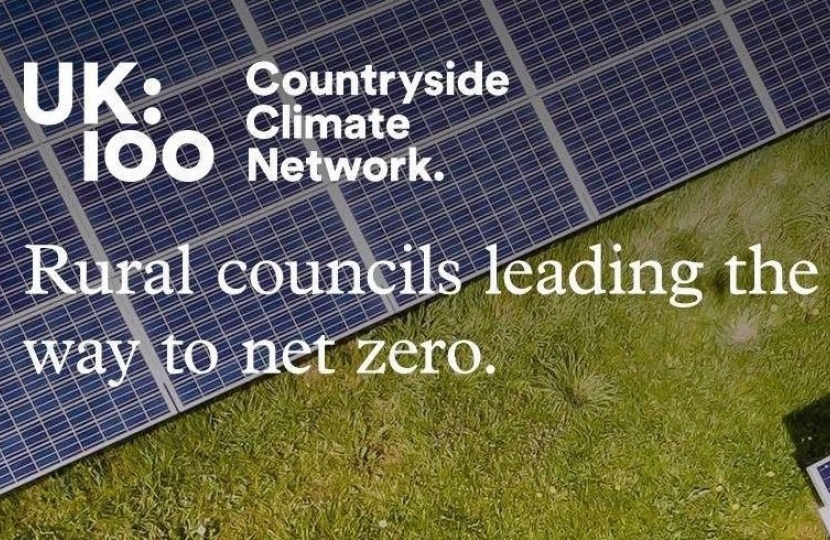 Conservative led Wiltshire Council has become a founder member of a newly launched network to promote the voice of the countryside in climate change discussions.

The Countryside Climate Network aims to ensure that the voice of rural knowledge and experience on climate action is listened to in Westminster, and asks that rural councils are an active participant in transforming the national economy into one that saves, rather than harms, our environment.

The network brings a voice on climate change to the two-thirds of the country who live outside major towns and cities, and calls for investment, such as the government's delayed £100bn infrastructure fund, to be targeted at rural areas.

The council is also working closely with the Local Government Association (LGA) and the County Councils Network to develop a tool that measures the council's levels of carbon emissions.

The tool will create a standard, comparable measurement for all councils in the country, which can then be used to baseline carbon emissions and report on them regularly, as Wiltshire seeks to become carbon neutral by 2030. The trial of this new system is expected to begin later in the summer.

"Climate solutions and green recovery packages have largely missed the rural voice, and we need to be properly funded to support our ambitions as a rural county, so we can create opportunities in the Wiltshire countryside and green infrastructure.

"We are seeking to become climate neutral by 2030, but we need investment from government to help us achieve this. This is why it's so important for us to support the LGA's tool to measure our carbon emissions, so we can benchmark our progress against other councils, and keep our residents informed on how we're doing."

The Countryside Climate Network has been established by UK100, a network of local leaders that campaigns on climate change. The 21 councils represent 14.3 million people in total, a quarter of the population (25%) and two fifths (41%) of England by area. The group is chaired by the Leader of Cambridgeshire Council, Cllr Steve Count.