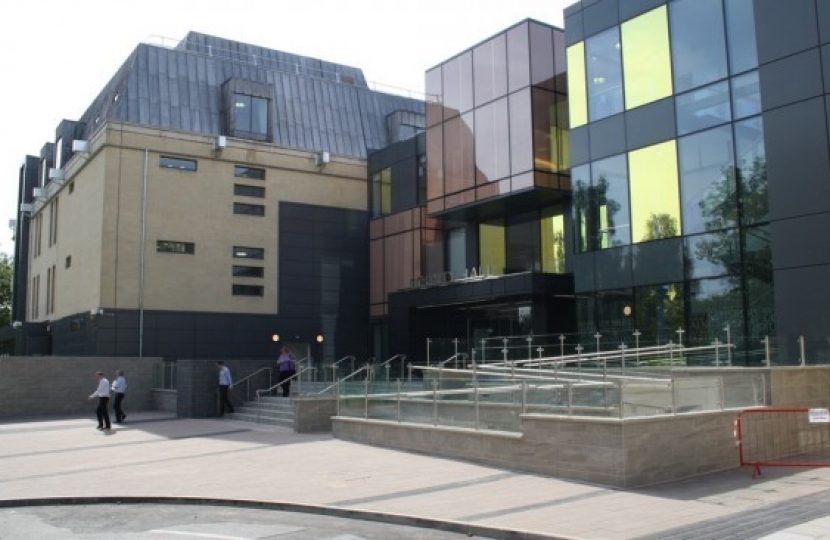 Conservative led Wiltshire Council is laying out its strategy to address climate change with a commitment from Cabinet for the council to become carbon neutral by 2030.

The first steps will be to look at a major increase in renewable energy generation on council buildings and reviewing the council fleet to establish which vehicles can be electric when they are replaced.  Wiltshire Council's Environment Select Committee has also established a task group of councillors to look at some of the main issues.

Conservative led Wiltshire Council will start by looking to see if more can be done at its main hubs and other buildings to ensure the organisation is leading the way locally in tackling this global problem.

Richard Clewer, deputy leader of Wiltshire Council, said: "We want to show leadership because we take the issue of climate change very seriously.  We need to show that we can generate our own energy needs renewably to help lead the way in Wiltshire.

"Locally we can't do this alone; we will need to work with other organisations, stakeholders, communities and groups. However, if we, as an organisation can lead the way given the size we are, then we hope that communities will be keen to work with us to ensure that Wiltshire is seen as a positive example of how to tackle this issue."

Cllr Graham Wright, chairman of the global warming and climate emergency task group, said: "If counties like Wiltshire don't start to put changes into place now, then collectively we won't be able to make a positive difference.

"We are under no illusion of the monumental scale of this issue. What we have in our favour though is a growing awareness and recognition from the public that, globally, this serious issue should be high on everyone's agenda."

Wiltshire Council's cabinet is being supported by the Global Warming and Climate Emergency Task Group, chaired by Cllr Graham Wright and made up of eight councillors. It has met twice so far to scope the areas that they want to focus on.

The areas they will be exploring are: