Your candidates for the European Parliament Elections 2014 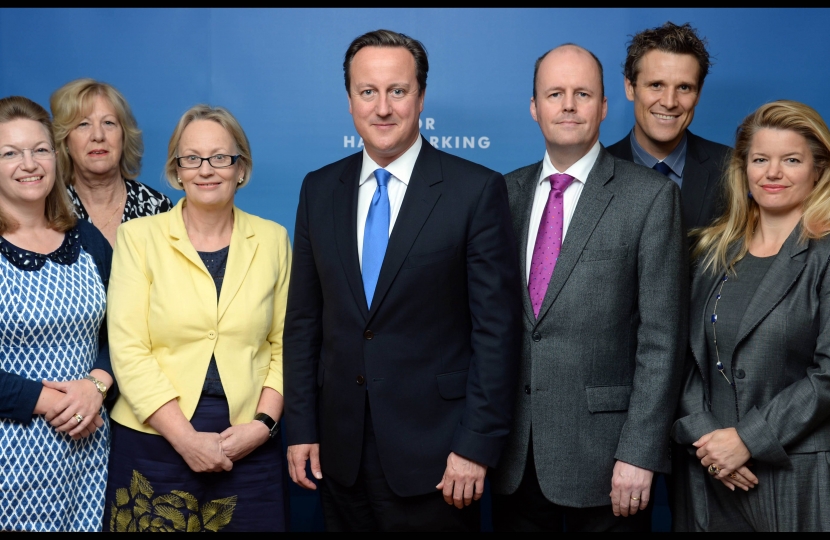 With a party-list proportional representation system used for elections to the European Parliament, the Conservatives will be standing six candidates to contest the South West England and Gibraltar region:

Ashley Fox (3rd right) was first elected to the European Parliament in 2009 and was promoted as the European Conservatives and Reformists Chief Whip in 2010. A member of various committees, including the Internal Market and the Economic and Monetary Affairs Committee. He has been instrumental in pushing the European Parliament to abandon its monthly "travelling circus" to Strasbourg.

Julie Girling (3rd left), like Ashley Fox, was elected in 2009. A fully-engaged member of the European Parliament, she actively promotes business in the South West through her involvement in EU parliament committees. She has also been fully involved with the agricultural communities in the region, from helping to bring an end to wasteful discarding of fish to meeting farmers and industry associates, including the NFU.

James Cracknell OBE (2nd right), the double Olympic gold-winning medallist, has secured third place on the Conservative list to take on the challenges facing the South West and Britain in the EU. Speaking to The Telegraph in July, he said "The European Union is going to have an effect on my children and grandchildren. I'd like to think I can have an effect - bring a fresh perspective. It's not something I have to do, it's something I want to do."

Georgina Butler (2nd left) spent many years in the Diplomatic Service, latterly as HM Ambassador and Consul General to Costa Rica and Nicaragua. She hopes that these experiences will help give her and her fellow MEPs a stronger hand in assisting David Cameron's renegotiation of Britain's EU membership if the Conservatives win the next general election, and delivering a referendum in 2017.

Sophie Swire (far right) is a native of the South West, having grown up and gone to school in the region. She believes that her financial background gives her the ability to get value for money from the European Union for causes in the region - protecting the UK as Europe's pre-eminent financial centre. Her other priorities include reinforcing our borders, tackling extremism, and promoting the independence of our Armed Forces.

Melissa Maynard (far left) has had a wide and varied career, from spending several years in the Territoral Army, to the Civil Service, to the BBC. Recently, she has been a district Councillor in Hampshire since 2010 and has campaigned for Conservatives across both South East and South West England. If elected as a South West MEP, her priorities would include restoring democratic accountability to the EU and liberalising the Single Energy Market.

The next European Elections, less than 18 months away, will be crucial in determining Britain's influence in the European Union, and could provide key momentum for the Conservatives in the run up to the general election in 2015. But with relatively very low turnout in European Elections, voting Conservative can ensure that as many of these hardworking individuals win election to the European Parliament for the South West as possible and fight for causes important to the South West and the wider UK.