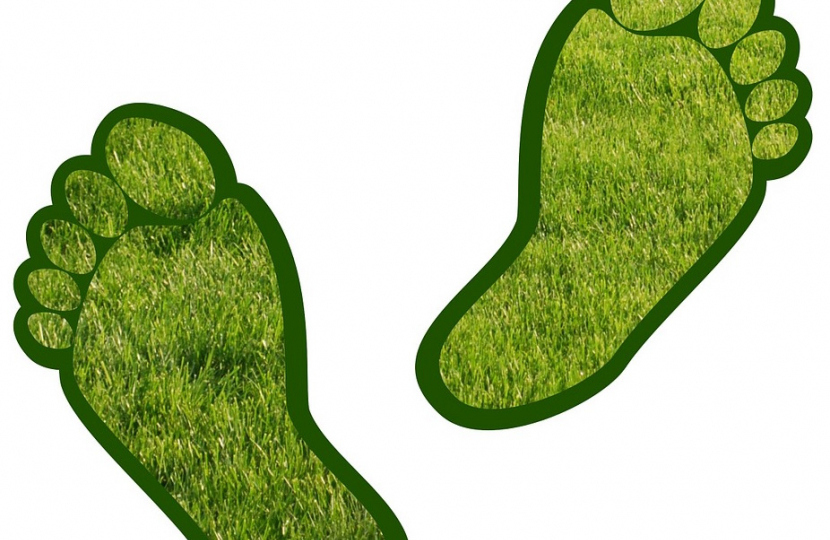 Conservative led Wiltshire Council has featured at the UN Climate Change conference COP27, as part of a campaign that showcases the activities and projects that councils are delivering to tackle this global issue.

The Local Government Association's (LGA) Pass the Planet campaign focuses on the action councils across the country are taking to limit global warming. COP27 is taking place in Egypt and runs until 18 November. Wiltshire Council submitted three case studies to the LGA to showcase at the event with all being used in its 'mitigation', 'finance', and 'collaboration' strands of the campaign.

The case studies include the work the council carried out with stakeholders to put together its Wiltshire Climate Strategy; an innovative project to help Year 7 students learn maths by using real data from the council's climate strategy consultation; and the Salisbury River Park - a partnership project with the Environment Agency which addresses a number of climate change issues. Reducing flood risk for over 350 properties in the city, improving the environment for wildlife and residents with tree planting and habitat creation as well as encouraging greener forms of transport like walking and cycling

The Wiltshire Climate Strategy was approved in February 2022 and since then the council has published its delivery plans, which set out how the organisation will become carbon neutral by 2030, and the actions it can take either on its own or in partnership with others, to lead the transition to a carbon neutral county.

The council recently provided an update on its efforts to tackle the climate emergency locally, with a vast range of projects underway. More information can be found at www.wiltshire.gov.uk/news/council-continues-to-lead-from-the-front-on-climate-change.

Since then, the council has also confirmed:

We're pleased to be part of the Pass the Planet Campaign and we will use any opportunity at our disposal to promote our climate change work, in the hope that it inspires others to do as much as they can to tackle this issue.

We are a large organisation, and we have an important role to play, but more needs to be done locally, nationally and internationally to make the progress that is required.

Our business plan and Climate Strategy aims will continue to guide us and we have a number of projects in progress, with more in the pipeline, covering a wide range of different areas to keep up our positive momentum.

More information about the LGA Pass the Planet campaign can be found at www.local.gov.uk/our-support/climate-change-hub/pass-planet

Wiltshire Council's dedicated climate changes webpages can be found at www.wiltshire.gov.uk/climate-change. They contain information on what steps businesses, individuals and schools can take to make them more energy efficient.